Hindsight, reflection, retrospect. It’s very easy, and all too human, to look back at certain points in one’s life and to consider, ‘if I had that time again, I may have done things differently’. This certainly applies to rock n roll, and I’ve said on many occasions, in the mid to late 80s, there were many Australian hard rock and metal bands who were world beaters, and should have got on a plane and headed to LA or London and NY or Tokyo and had a crack at ‘making it’ – to take their music to the world. Yes – hindsight. However, back then, people didn’t travel around the globe as frequently as they do nowadays, it just wasn’t the done thing. There was certainly a fiscal reason that came into it, yet also, in the 80s there was a touring circuit that made it viable to exist as a musician in this country. Hindsight. The window of opportunity is only open for a very brief moment, and when it slams shut – another opportunity may never appear. 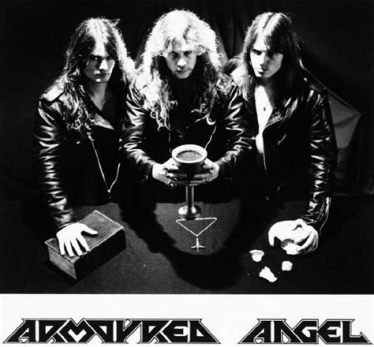 Let me throw some names out. Armoured Angel for one. Imagine if Canberra’s premier metal band had of relocated OS in 85 or 86 ? Sure, with ‘Wings Of Death’ the metal world sat up and listened, but by 90 or 91, there were a wave of thrash bands doing it. The consensus is that Boss, was the one mid 80s heavy rock band that should have made it. They were every bit as good as anything coming out of LA and their ‘Step On It’ album scored a release in countries overseas, including Japan, but the band never followed up with a tour outside of Oz. Hindsight. Hobbs Angel Of Death sent his 1988 album to Kerrang! and scored 4 or 5 K’s. Perhaps not fully recognising the influence that Kerrang! had in the metal world, this should have been the catalyst for Hobbs to head to Europe, the same goes for Mortal Sin, who, although they made it to the UK and Europe a couple of years later, perhaps would have been better to hitch their wagon in 1987 to the ‘Mayhemic Destruction’ album and head to Europe. My God, they could have been one of the Big 4. Hindsight. If only. 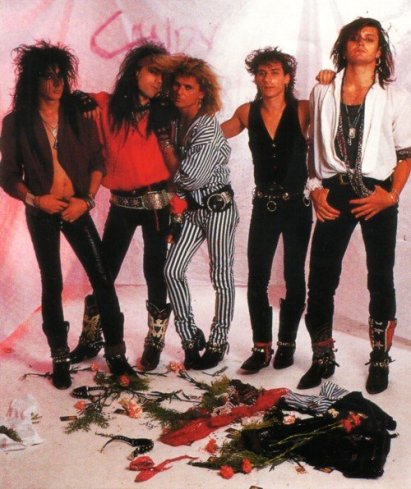 Sydney’s Candy Harlots are another who come to mind. With their flamboyant image, tongue in cheek lyrics, and strong melodic tunes, they had an originality that few others could match at that time. Hence why they were offered a major label deal with Virgin after only a couple of gigs. Late 87, they too should have hi tailed it to LA and tried their luck at The Country Club or Gazzarris.

How about Taramis from Melbourne ? Although they had been around since 83 (originally as Prowler), it was with their debut album, 1987’s ‘Queen of Thieves’ that caused people to sit up and take notice. As rock music historian Ian McFarlane noted they were “one of the first local groups to play a brand of ‘progressive’ heavy metal in the style of overseas acts. Taramis infused its esoteric music with an epic, mystical feel. Man-mountain frontman Joel Southby also possessed a booming rock voice which added an edge to the band’s billowing, blustering song arrangements”. People rave about Helloween’s power metal style, yet with their unique time changes and musical approach, one can only wonder if Taramis were in Europe in 87, whether their fortunes may have taken a different path. Hindsight.