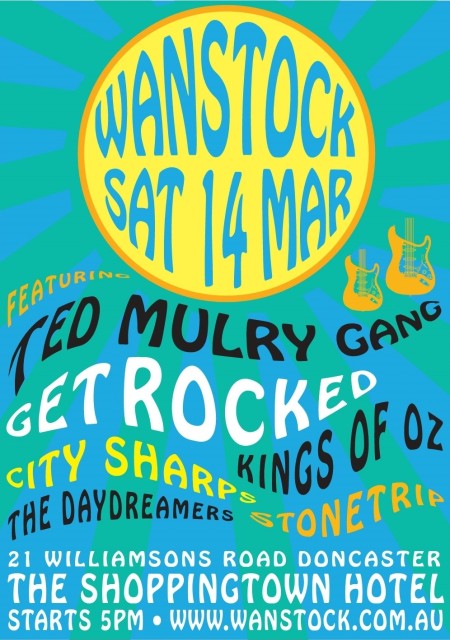 After a hiatus of more than a year, TMG return to the stage next month as part of the line-up assembled for the Wanstock Festival in Doncaster, Melbourne. Also on the bill will be a 2020 incarnation of Hush known as Get Rocked, featuring Rick Lum and Les Gock, with Mark Gable from the Choirboys on vocals. Be sure to get their early to catch Stonetrip, Melbourne’s psychedelic hard rockers who are on the ascent, and a band to look out for. Saturday 14th March is the date. For more information and tickets head to http://www.wanstock.com.au