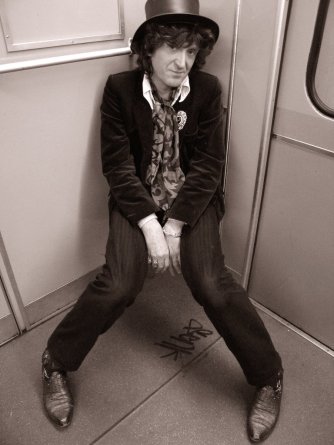 Today marks 14 years since Nikki Sudden passed away. In those intervening years, Nikki’s musical legacy has continued to grow. New fans have discovered his music, and with the passage of time, older fans have gone back and rediscovered his rich body of work.  There have also been a slew of reissued and also previously unreleased material.  This includes Live At WFMU, Tel-Aviv Blues, Golden Vanity,  Playing With Fire, and a bunch of material on Troubadour Records including The Copenhagen Affair, Johnny Smiled Slowly with Rowland Howard and the Berlin Affair. Nikki’s website is still maintained and has a good discography to dive into. In 2011, Nikki’s autobiography was posthumously published titled, “The Last Bandit”. It’s the personal story of Nikki in his own voice: from Swell Maps to his last days, the book is the evocation of a world that doesn’t exist anymore, the discovery of rock ‘n’ roll, the discovery of drugs too, the friendship with Johnny Thunders, Nick Cave, Pete Buck, the life on tour, the glory and the misadventures of rock ‘n’ roll. It was written by Nikki in the last few years  of his life.  Nikki’s 1998 album, ‘Red Brocade’ was released on my old label, Vicious Kitten Records in Australia, and he also included songs for the ‘Rock n’ Roll War’ CD compilations that came out on VK. I found an old interview I did with him for Vicious Kitten Fanzine, you can read that here.   More than that though. I got to know Nikki from a ton of emails, letters and phone calls in the middle of the night – talking about his latest songs, where he was touring and his current news. He was a guy who loved music and the romance of rock n roll – he was humble, unassuming, and passionate about his music. He also had a ton of style, a very British sense of humour, and was indeed, a man who lived life on his own terms, and for the moment. So today, 14 years later, I raise a glass in tribute to the man and his music.  Nikki Sudden –  Gone but never forgotten. 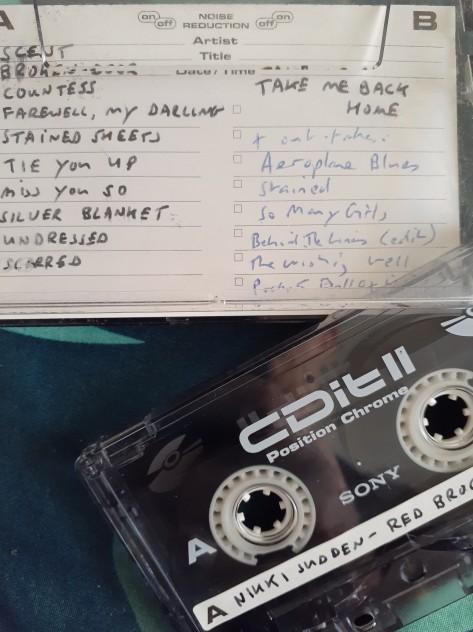 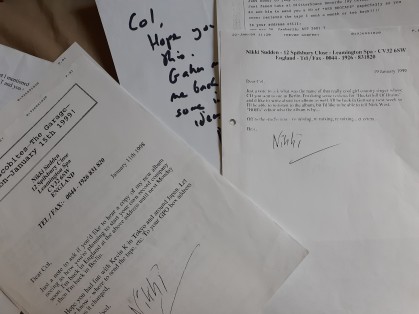 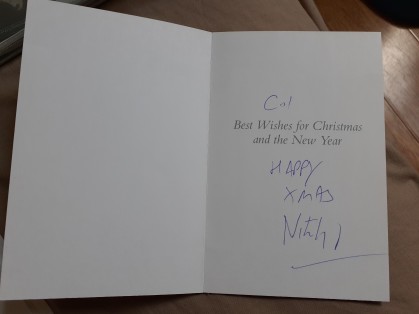